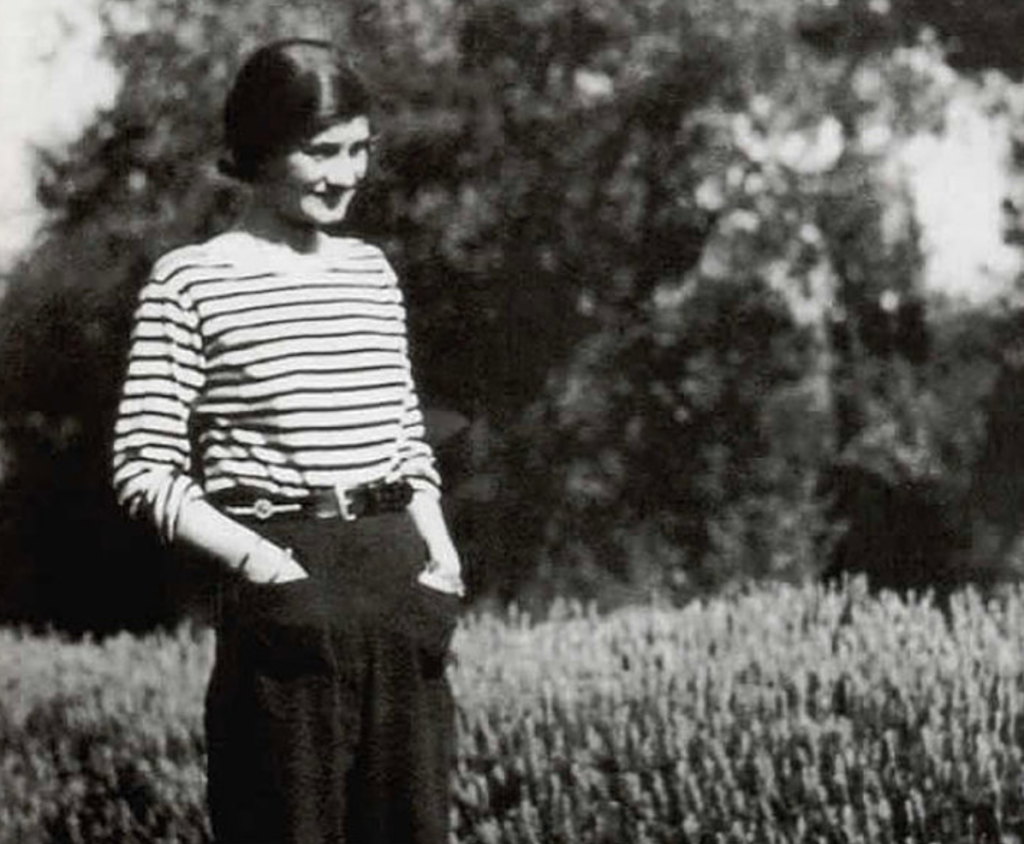 Five individuals who inspire me and they're not all designers

I’m a great believer in surrounding myself with people who are positive and inspirational.

Of course, that’s not always possible – and there are certainly some figures of world renown well beyond my circle.  They’re not all designers either. People can inspire me for a number of different reasons – maybe they have a vision, an attitude or a never give up approach to life. Here’s just five people I look up to.

Talk about being a free thinker. Coco Chanel inspired so many of the classics we wear today. To me her look is sleek and perennially classy. Think of stripy Breton tops (you can see her wearing one in the main image here).  Chanel noticed them on fishermen in Brittany and saw their potential as a classic garment. They’re a staple that will never go out of fashion and look good on everyone, young and old.

She also did a lot to free women from the tyranny of corsets, espousing loose fitting (but beautifully cut) frocks and of course the little black dress – which can take you anywhere. To me her look is sleek and perennially classy. Yes, she’s certainly been an inspirational designer.

This man is the epitome of cool. He transformed Gucci -  which was considered by many to be a somewhat tired brand – into a very desirable, sexy label.

It’s his vision that particularly inspired me. He introduced a wholly new way of designing that was seductive, daring and just asking to be talked about. That showed great confidence, imagination (and a lot of considered thinking).

I’ve never seen him wearing anything that isn’t sharp and elegant in the extreme. Yes, one of my top designers for sure.

If the way to a man’s heart is through his stomach, then (diamonds apart) the way to a woman’s is probably through a beautifully designed kitchen.

Although ‘designed kitchen’ is a bit of a misnomer when it comes to talking about Johnny Grey. He creates kitchens that look fitted but in fact they aren’t. (So in this case he’s ahead of his game). As he says: “In a Johnny Grey kitchen, continuous wall-based cabinetry is replaced with freestanding furniture and hidden ergonomics to improve flow …”

It’s such a sadness that the late Alexander McQueen took his own life so young. He was such a talent.

I wish I’d met him. Apparently, he could look at a woman and then cut a pair of trousers to fit her perfectly. Without using a tape measure. Now that’s genius.

Actor Stephen Wight who portrayed McQueen in a sell-out West End show which ran in 2015, said: “When a client came for a fitting, he wouldn’t get the tape measure out. He would sit down with a glass of wine and talk to them, get to know them because he was clothing a person, not just a body.”

Yes, I should certainly have liked to meet him. And better still, have been dressed by him.

It’s not only designers who have inspired me. Other people I hold a deep respect for include political leaders. (Yes, it’s true).

It’s said that it’s how you deal with misfortune that defines you as a person. To carry on believing in yourself when everything seems to be against you shows great strength of character.

Two people I admire who epitomised this were incarcerated in prison for years on end – and yet eventually became the elected leaders of their country. I applaud Aung San Suu Kyi, the Prime Minister of Myanmar and the late Nelson Mandela, President of South Africa, for their longterm bravery.

If you’d like to talk to Sarah and Rosie about an interior design project, don’t hesitate to get in touch by email: hello@wardandco.com or by phone:​ +44 (0)20 3667 7796.
PREVIOUS
10 ways to make your bedroom look more stylish-and sophisticated
next
Making a home around the world